The tenth cruise ship in the AIDA fleet began operations from Hamburg this week. The AIDAnova sails during a festive winter season from its home port in northern Germany.

AIDAnova was the first cruise ship to be powered exclusively by low-emission LNG fuel and even received an award from the German government for its environmentally friendly design.

On the morning of December 13, AIDAnova arrived in the port of Hamburg, Germany, to begin a series of five party cruises. The flagship of the AIDA fleet made a stopover in the northern German city for the very first time, with the crew and ship sending an affectionate and light message spelled “We ❤ HH”.

Also read: Carnival’s AIDA cruises to return to the Caribbean from October 2021

The cruise line has spared no expense to ensure the ship turns into a winter wonderland that will appeal to young and old alike. Oversized Christmas light fixtures and festively decorated trees can be seen throughout the ship. Guests will also have the opportunity to create delicious Christmas cookies and chocolates with famous German TV chef Andrea Schirmaier-Huber.

AIDA has programmed a wide variety of winter-themed shows and games, such as the hit ‘Who Wants to Be a Millionaire’ format and magical Christmas shows provided by the ship’s singers and dancers.

The first of two vacation trips for AIDAnova will sail from Hamburg to Kristiansand and Oslo today December 14th and December 19th. On December 22, the ship will sail south to the Canary Islands.

This 17-day transit cruise will allow customers to sail to Lisbon or Las Palmas and visit several ports along the way, such as Rotterdam, Bruges, La Coruña and several ports in the Canary Islands. The highlight of the trip will be on December 31, when the ship will be alongside Madeira for one of the most spectacular fireworks in the world.

The ship will remain in Southern Europe and sail around the Canary Islands from Santa Cruz de Tenerife and Las Palmas de Gran Canaria from January.

The first of its kind

The gross ton of 183,900 AIDAnova, was the first in the much-talked-about Excellence class of ships when it launched in 2018. Powered by 100% low-emission LNG-fuel, it set the tone for Carnival Corporation. Its sister ships include Carnival Cruise line‘s Mardi Gras, P&O Iona, and Costa smeralda.

The 5,400 guests on board can look forward to 17 restaurants and 23 bars, a double waterslide and climbing garden, the Beach Club, the Theatrium with a 360 ° stage and the spacious Body & Soul Organic Spa.

For all cruises on board AIDAnova and other AIDA ships, mandatory vaccination and additional COVID-19 testing, regular health checks and extensive health and safety rules are all implemented on board.

Despite the wintry weather, the city of Hamburg is set for a busy winter cruising season. outraged AIDAnova, both AIDAprima and AIDAsol will leave town. Other cruise lines that will stop at or depart from Hamburg include Hapag Lloyd, MSC, Hurtigruten, Phoenix Reisen and Cunard. 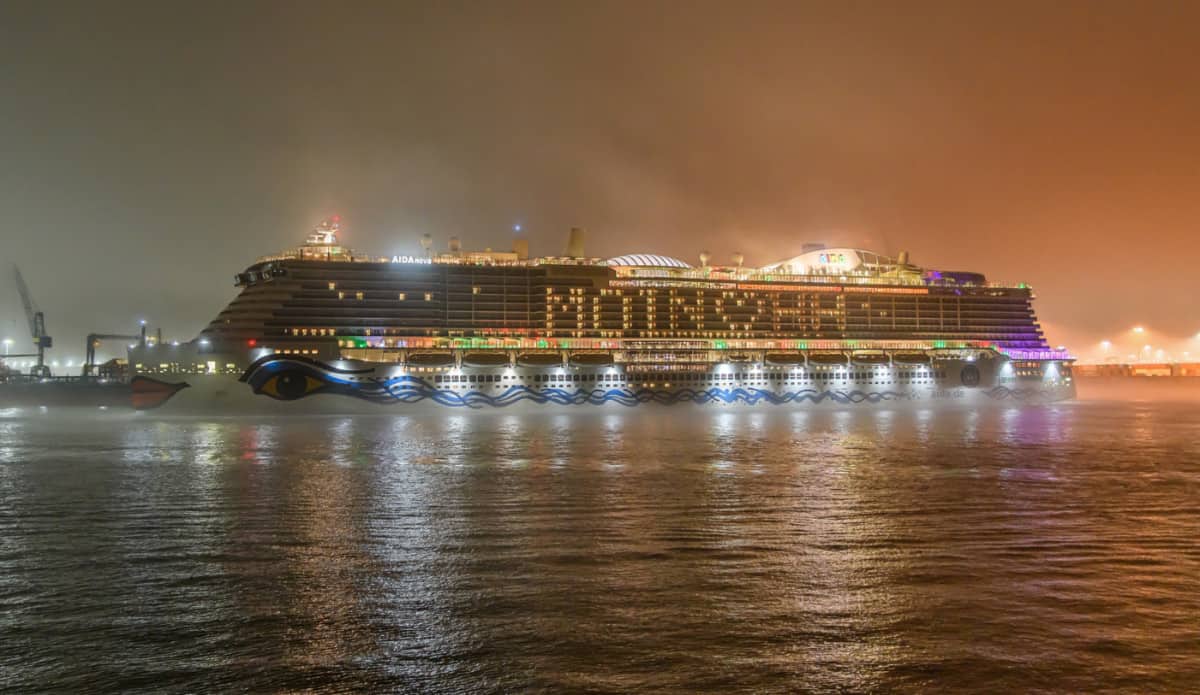